Al in the News… 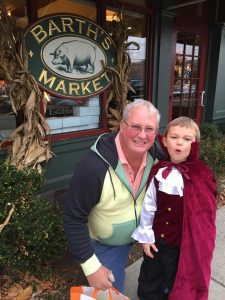 Thank you, New Providence, for a great Halloween downtown trick-or-treating event! We had so much fun!!!

by The Alternative Press

Posted in Al in the News..., New Providence Events

by Al Morgan, Letter to the Editor, The Alternative Press 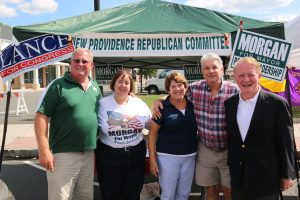 New Providence has a great friend in our Congressman, Leonard Lance.  He is a fixture in our community and a leader who serves with great dignity and respect for all points of view.

Congressman Lance is a representative who listens and brings the experiences and ideas from his constituents to Washington to craft national policy.  I’ve worked with him in public office and can attest to his judgement, thoughtfulness and attention to the issues that make local, state, and federal government work.  He builds bridges and has successfully navigated a polarized national environment to see meaningful legislation signed into law.

Despite Union County being far from his native Hunterdon, Leonard Lance is consistently in attendance at our street fairs, town halls, recently at our New Providence Lions Club event, and at Eagle Scout ceremonies.

Leonard Lance has been effective in Washington and we need to keep him there.

END_OF_DOCUMENT_TOKEN_TO_BE_REPLACED

Forge New Providence Ahead in the Pioneer Spirit

This Tuesday, November 4th, I will be seeking election to the office of Mayor of New Providence, and would be so honored for your vote and your confidence.

New Providence is a very unique and special place. Preserving our small tight-knit, hometown community feel, and our quality of life is of paramount importance and my priority. I am a man of the people and believe with all my heart that my experience, commitment to our community, coupled with my vast resources and ability to work closely with our residents in a trusted forum will most beneficially forge New Providence ahead. Uniting, bringing people to the table, and my strong record of proven leadership is why I feel so compelled to run again. Together, we can broaden our business and economic growth, and tackle vital issues facing our community with integrity and honesty.

New Providence has always been my home. I was born here, educated through our schools here, started my business here, and am raising my family here. I am very well rooted, whole-heartedly invested, and completely committed to making New Providence the best it can be for all of us.

I care. I care deeply about you, about us, about New Providence, and about our future.  As your Mayor, I promise to promote an environment of unity, hometown pride and spirit, and work with all of you to forge New Providence ahead in the PIONEER SPIRIT of cooperation preserving our small hometown community and quality of life.

Please join us on Election Day for an Election Night Party, Nov 4th, 8pm, at Creative Wallcoverings and Interiors at 560 Central Ave in New Providence.

Everyone is welcome to this fun and free celebration!

The annual fair was held Sunday, September 7th on Springfield between South Street and Livingston Avenue with the exciting and well-attended festivities starting at 10:00 am.

This family-oriented street festival offered attractions for everyone, young and old!

As in previous years, the event provided great arts and entertainment for the kids such as kiddie rides, pony rides, a petting zoo, balloons and a clown performer.  The attendees were also able to enjoy great fair food such as sausage and pepper sandwiches, hot dogs, shish-k-bobs, zeppoles, butterfly fries, kettle corn, ice cream and more. 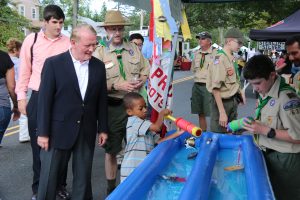 What a great day, a terrific turnout, and beautiful weather!

Posted in Al in the News..., New Providence Events

by The Alternative Press

Mayoral candidate Morgan, Robinson and Galluccio ran unopposed in the primary. They will now run in the November election. 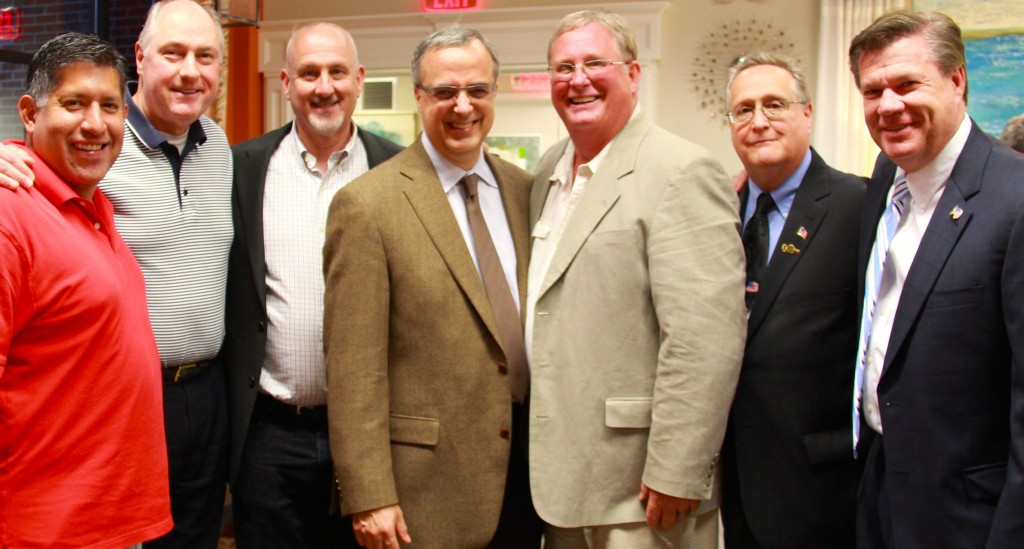 The Rating Outlook is Stable.

The bonds are secured by the borough’s full faith and credit and unlimited taxing authority.

by Mike Neavill, The Alternative Press

The announcement was made Wednesday night (Jan. 15) by Committee Chairman Bill Hoefling who introduced Morgan along with incumbent council members Armand Galluccio and Dr. Bob Robinson who are seeking re-election.

As the evening progressed and short speeches were delivered, it became readily apparent the objective was to paint Morgan, unlike current Mayor J. Brooke Hern, as a consensus builder with strong local ties, neighboring communities and the state assembly.

Introduced by his campaign manager Nadine Geoffroy, Morgan said he had been urged by the business community and residents to seek office. “They said, ‘We need you back’. Quite frankly I never left,” Morgan said talking about his continuing involvement with Memorial Library, the Office of Emergency Management and the New Providence Lions Club.

The former mayor expressing a degree of passion and emotion said he wasn’t pleased with what he saw in the community. “What I see is not what I envisioned for this town. We need to be a family and bring people together.” He added he had been able to work with the Borough Council during his tenure as mayor and can do it again.

Councilman Galluccio told the large audience that it had been an honor and privilege to serve the borough. “I’m looking forward to working with our new mayor,” he said which drew a loud approving response.

Councilman Robinson depicted Morgan as a caring person who listens to people, seeks consensus and would work in harmony with the Borough Council. “Wouldn’t that be nice?”, he said which drew loud applause. Robinson added that Morgan had a reputation of working closely and easily with mayors from neighboring communities and the state assembly. “New Providence wins again with Al Morgan as mayor,” he said.

Assemblywoman Nancy Munoz and Assemblyman Jon Bramnick, who have a long history of outstanding support of the borough, were also on hand to lend their support to Morgan’s election effort. Outspoken and direct, Munoz said the only mayor they have “had trouble working with is the current mayor,” referring to Hern. Looking at Morgan, she said, “You have our support and we’re looking forward to working with you.”

Bramnick, well known for a canny sense of humor, said that if there were a reality show about New Providence it would be called “The Best and Biggest Hug.” Morgan, well known for his awesome hugs, could prompt a polar bear to flee to a distant ice floe. “There is nothing like the warmth of Al Morgan. Al is our true friend and should be the mayor,” Bramnick said.

Mayor Hern is in the last year of a four-year term of office. Prior to taking office in January 2011, he served on the Borough Council for six years. He has not made any announcement on his future plans.

Morgan served as the borough’s mayor for two terms from 1999 to 2006. He sought a third term but withdrew his candidacy when a change in jobs wouldn’t allow the time to adequately serve the needs of the community.